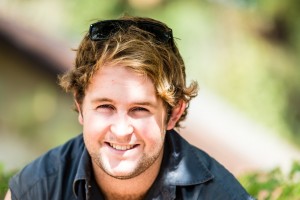 “I recently obtained my driver’s license, which I use on a very regular basis to travel from the Adelaide Hills in South Australia where I live, down into the city in my 2003 Subaru Liberty. This year (2014) I completed my final year in school at Pembroke in the city” says Jackson.

“Whilst at school I participated in Australian Football and Rowing from year 5 to 12. I have been a modern car enthusiast from a very young age. In recent years travelling to Brisbane has become an annual event, not only to see family friends but to have a friendly race against my dad and friends on the largest Go-Kart track in Australia. Winning is always my aim.

“My first reaction when asked to be the navigator for Rod on the RTM was disbelief.  This is not something you expect at the age of 18. I was rapt. I am well versed in modern electronics and the navigator’s position will be a fantastic challenge. The RTM will be my second overseas venture with the first being to visit friends in Canada many years ago.

“I am so looking forward to this rally, meeting people and making new friends and visiting the wonderful countries that we will travel through on the RTM.”