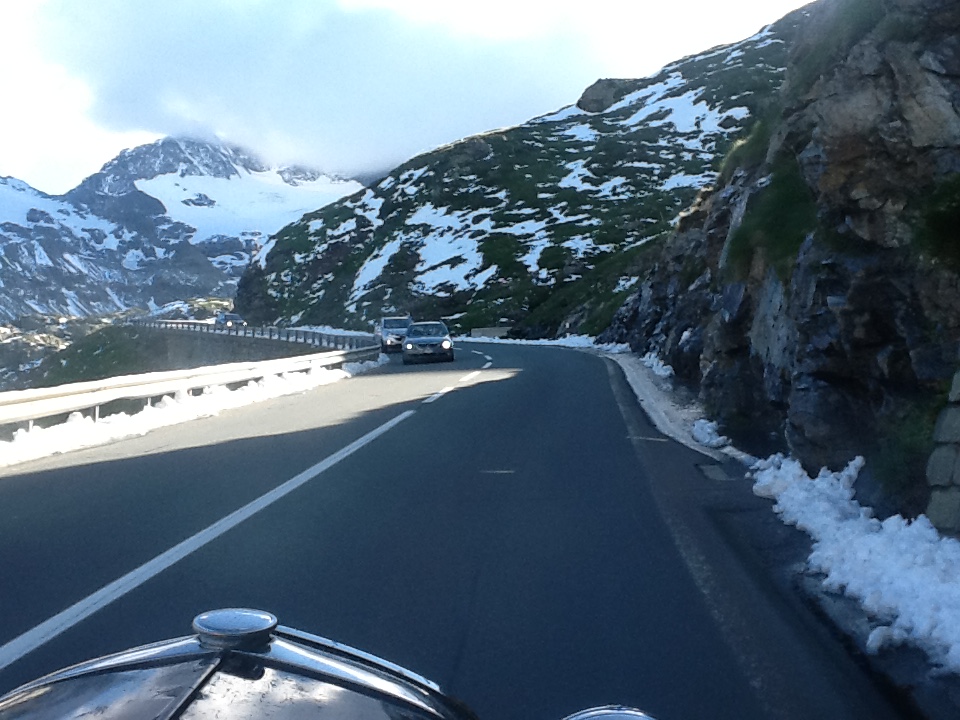 Today was a straight run on the flat after crossing over the pass. Rod and Austen took the highway, all 300+k of it and arrived at our hotel at 2.30pm. Rod said: “It was a pleasure to drive Ruby on a highway after days of mountains and corners.

“Cruising at 105kph was effortless. Cooling was great due to the chill in the air.  No issues at all except for some take up in the drive line but hubs are ok now they are shimmed. Thus far everyone I have spoken to downstairs say the are looking forward to driving to Rheims tomorrow for a sleep and head to Paris next day!

“We did the highway because following our 12 hour penalty when the two dollar axle key broke, we lost gold and there was absolutely nothing to be gained or lost by climbing over mountains again. We can not improve our position so we are preserving the car to be sure we make it to Paris.

“When we were parked up today, a blind lad and his mum were walking through the car park and I said to her would he like to know about the car and she nodded in approval. I lifted the engine bay bonnet and he felt the engine and then the radiator and the shape of the car. He was just enthralled by the images that he was receiving via his fingers.

“I asked his mum in sign language if he would like to sit on the car and I would take a photo on her phone for her and she smiled in approval and was so chuffed that I spent the time to show her son the car. It was a great feeling for all of us.”

Following the dreadful news from Nice, France, this morning, the rally will have to stay in tight convoy for the next two days for security reasons.