Once all the touch ups on the car were done, its was time for Rod and Michael to get their close up as a camera crew for Australia’s Network 7 and a reporter from Autoweek arrived to see what the guys were up to. Rod checks the tyre pressue while the cameraman checks on Rod 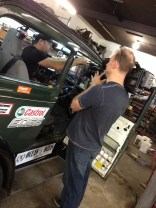 Filming Michael setting up the cameras What’s under the hood After filming the guys working, it was time to take a seat as a reporter called them on the phone to interview them ‘down the line’ which meant they had to look at the person in the chair like he was the one asking the questions… but both fellas handled it like complete pros. 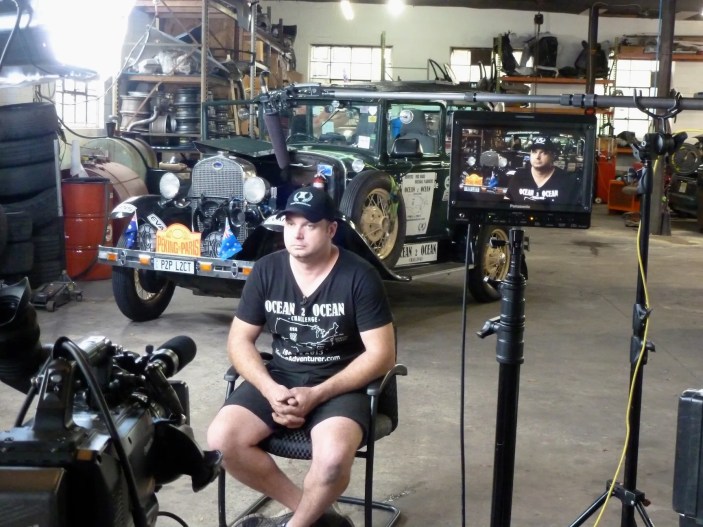 Michael in our film ‘studio’ 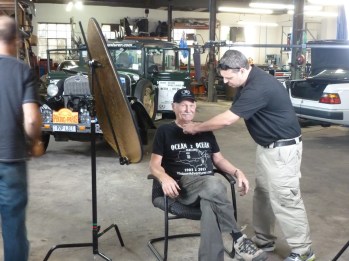 Getting the microphone on 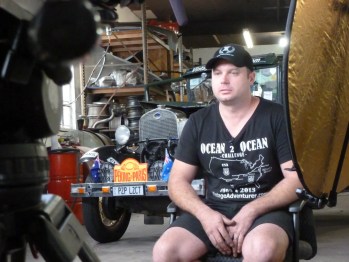 Michael talks about the speed of the car 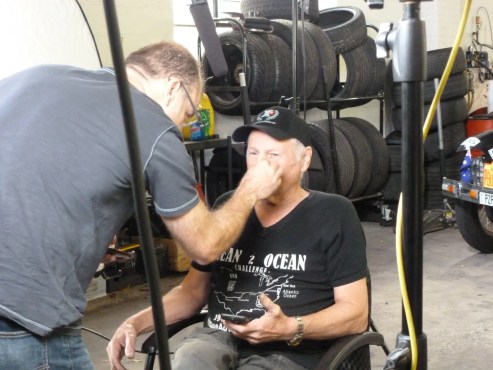 Rod gets touched up… 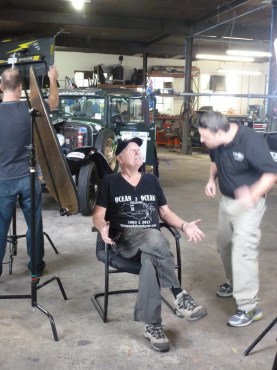 “I’m ready for my close up” 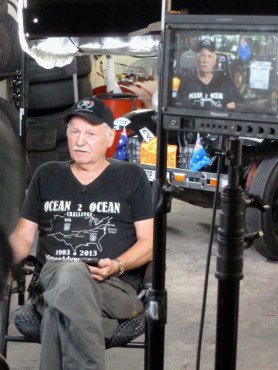 Rod has all the answers when it comes to the car

Then we said our goodbyes to the garage and headed for the mean streets of NYC to do some more filming. How would the Tudor Rose cope with the New Yorkers and their driving style???