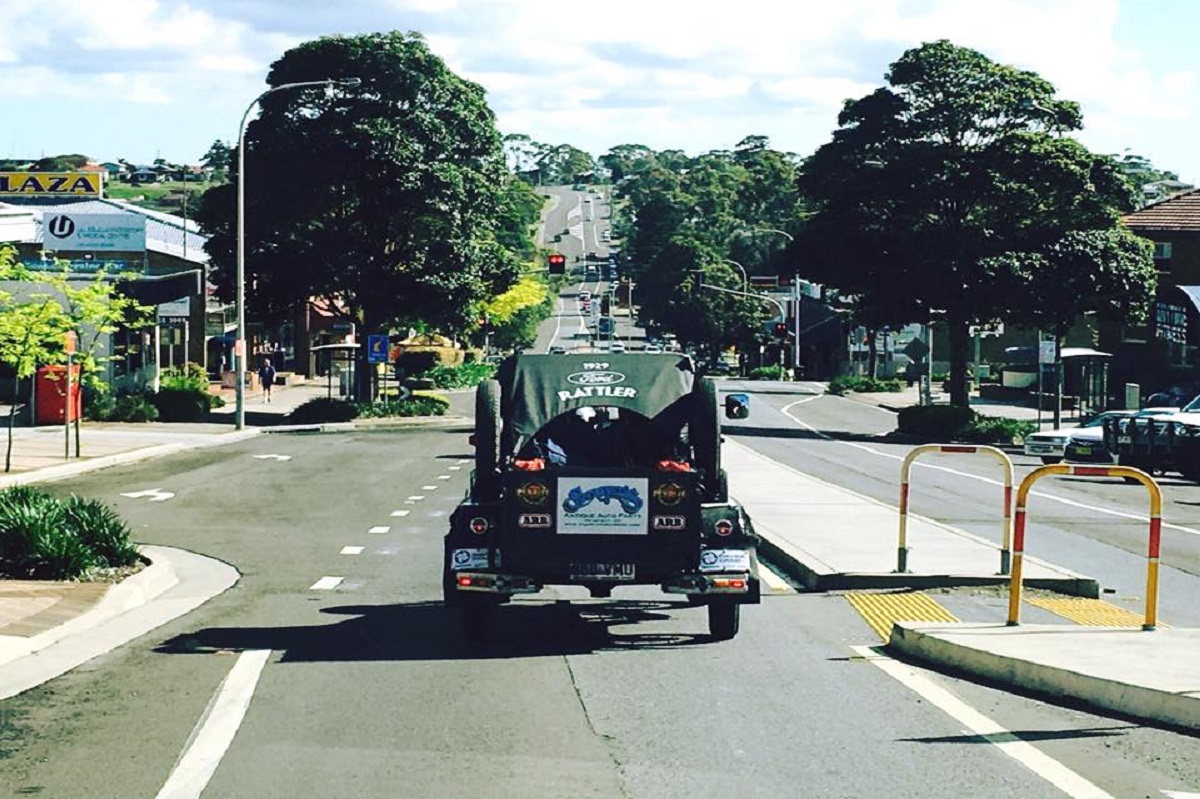 We headed off from Narooma just after 6 am and continued to follow the Princes Highway to the North, heading for Sydney. The sun shone down on us all day for the first time since Cockle Creek.

First stop was the blow hole at Kiama, where we saw more whales breaching in the distance off the lookout. The Rattler attracts a lot of attention wherever we go and everyone wants to hear about the journey and of course the grand old lady herself! So we spent some time talking to locals and other travellers at the blow hole. I even made a new fur friend in Kiama, who is on her second trip around Australia with her dad in the motorhome!

Next stop was the iconic Bondi Beach. I took Don down to the water and he dipped his feet in the Pacific Ocean which is still a little chilly at this time of the year. The sun was shining though, and there were plenty of young folk in shorts, t-shirts and bikinis walking around enjoying the beautiful weather.

After having some lunch, we headed in to our hotel for the night, then took Don and Kevin down to see the Opera House and Harbour Bridge, a first for both of them. Then, we all took off for dinner to celebrate my birthday, unfortunately without my girls who I won’t see until we pass by the Gold Coast on Friday night.