Putting Ruby to the Test 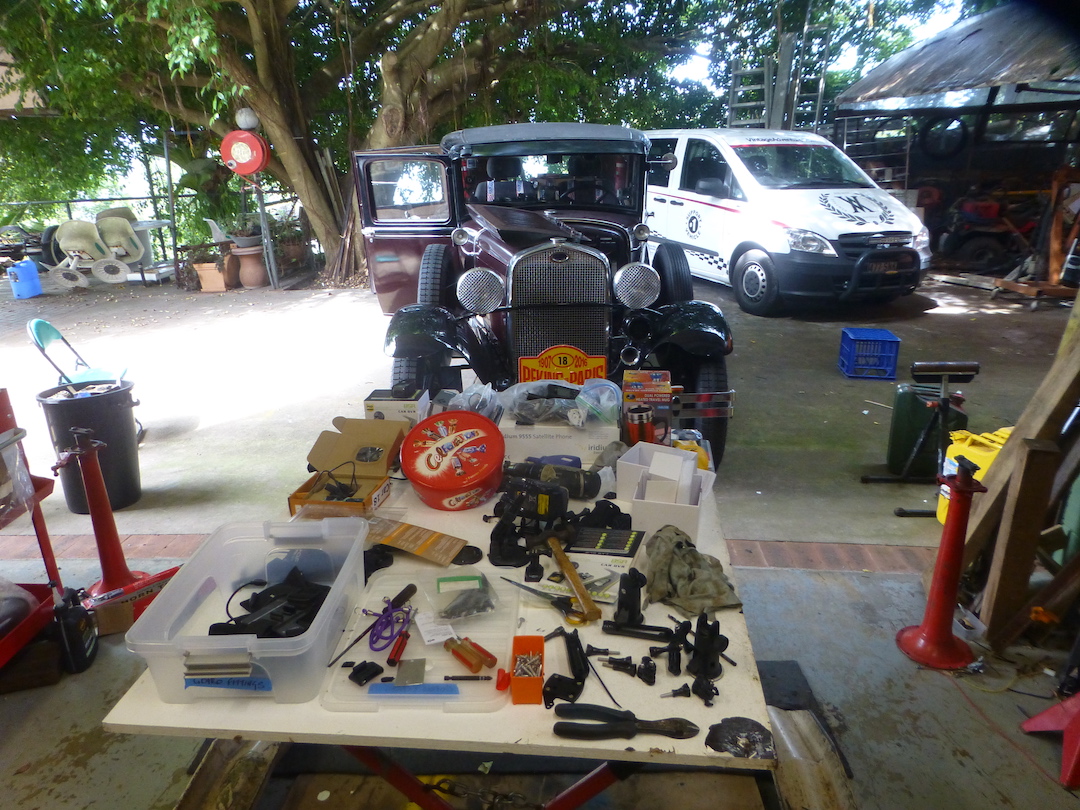 02 May Putting Ruby to the Test

Rod is well into the final stages of completing the rebuild of the 1930 Model A Ford Fordor ‘Ruby’ for the Peking to Paris Rally 2016, despite having to go back to the drawing board from the flywheel back because road tests showed the car had too much top end speed and not enough hill climb ability.

“First start up after unloading the car off the trailer from the brake people I miss-timed the clutch and lost steering in the front as ‘Ruby” lifted off,” explains Rod.  “On the highway run at 2/3rdsrpm, we were doing 75mph…just too far out there, so it has been back to the workshop and everything out, rear diff, tailshaft, gearbox, clutch housing, clutch pressure plate and clutch plate!

“I flew parts out from Don Synder in the USA to lower the diff’ speed, had the race shop make me a heavier pressure plate and a special fabric type clutch plate, which made the old girl much easier to handle.

Once all the mechanicals were done, it was onto the electrics as there are plenty of gadgets and gizmos needed to keep Rod and Austen on the right track.