Hotting up on Day One

16 Oct Hotting up on Day One

Rod and Michael got off to a great start out of Staten Island but it wasn’t just our drivers hot on the trail of a world record. The car was running very hot too. At first the fellas put it down to the full fuel tanks, both water tanks being full to capacity and the extra weight in the car, but after a while it became obvious that wasn’t the case.

Michael got under the hood to check all aspects of the car and made some adjustments but to no avail. The top of the radiator remained red hot while the bottom was cool enough to touch. This is the same radiator that managed to get Rod from Paris to Peking.

The pair had resigned themselves to waiting for a new radiator to arrive when the problem was found – a blockage in the cooling system. This was soon fixed and they were back on the road, with a fair few hours to catch up as they headed from Zanesville towards Indiana. 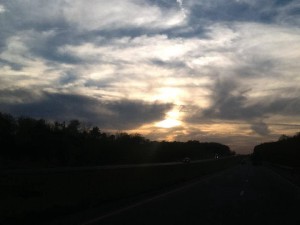