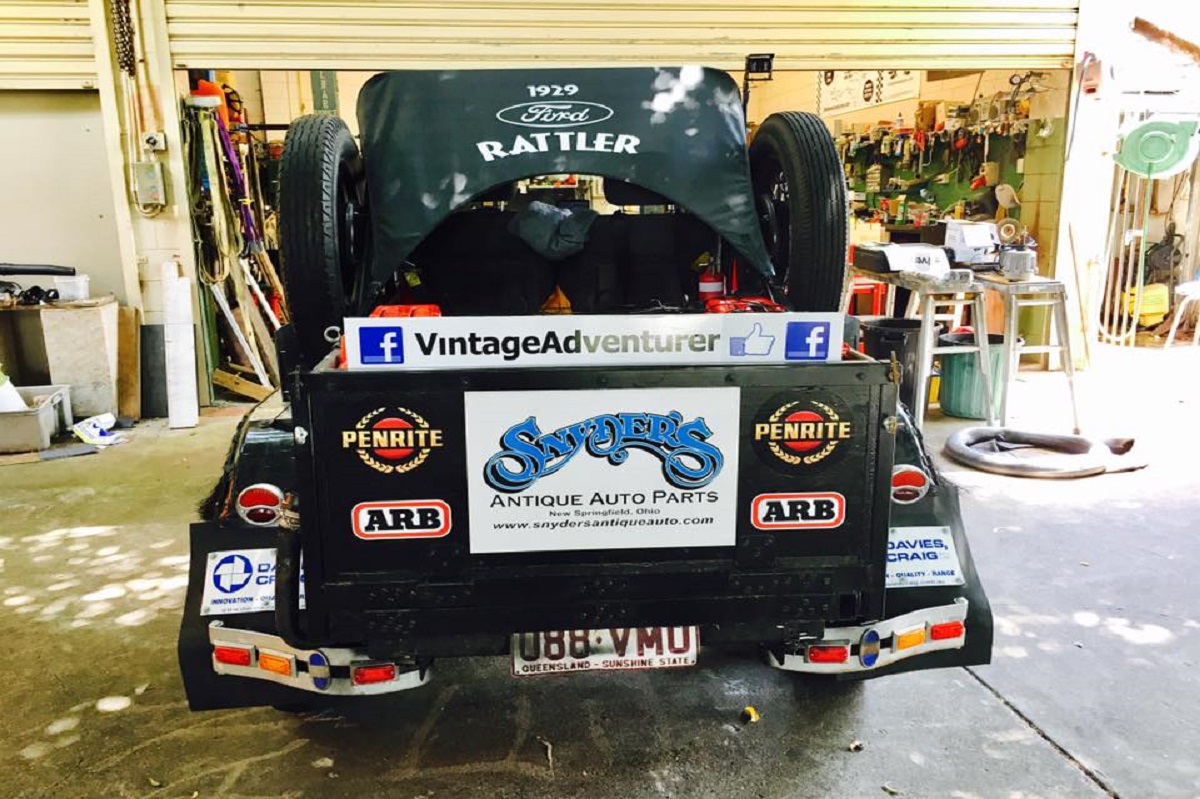 They say there is no rest for the wicked! I must have been wicked in another life, or maybe I need to choose my friends more wisely (Mark –Wicked Fabrications & Engineering Pty Ltd)! Anyway, there hasn’t been much rest since we arrived home yesterday. Don and Kevin are staying at home with me, and Shaneen and Mark have headed off home to catch up on the housework and cleaning up after their kids!

After a cup of tea, we dived straight into doing a few repairs on The Rattler and have been attending to odd jobs ever since. We gave her a full service and added some more stickers to the back and on one of the spare tyres! She has so many stickers on her now, that we had to build a new panel to screw on so they would fit. Last night, I had also screen printed another 20 shirts to give to the crew. Apparently, the 2 shirts they wore between Tassie and the Gold Coast won’t be enough to last them for the rest of the trip! Seeing as we won’t be going near any washing machines for the next two weeks, I guess it was the least I could do.

This afternoon we have been doing some thinking. We want to spend as much time on the Old Telegraph Track as possible, so we are going to try and make a run for it tomorrow and drop out one of our overnight stops on the way to Cairns, which is 1,700 kms away. If all goes well, we will make it to Cairns in 2 days rather than 3. I realise that this is pretty ambitious for an old girl like The Rattler, but no more ambitious than taking her for a visit to Gunshot Creek!

Anyway, better get back to my jobs now – still more to do. Before you go, take a look at a couple of interesting photos I took along the way.