Filming in the Big Apple

13 Oct Filming in the Big Apple

With the Ocean2Ocean Challenge setting off from New York, the film crew wanted to get the Tudor Rose driving past some of its most iconic landmarks. This is obviously easier said than done when its Saturday afternoon in one of the busiest and most visited cities in the world.

At the Brooklyn Bridge

First off we headed for the Brooklyn Bridge and the Dumbo area that is immediately under the bridge and has an amazing view of the Manhattan skyline. Whilst driving around, Rod spotted a pair of newlyweds who immediately found themselves having their wedding pictures with the car and Rod! Then it was more filming on the cobbled Brooklyn streets before heading for Times Square. 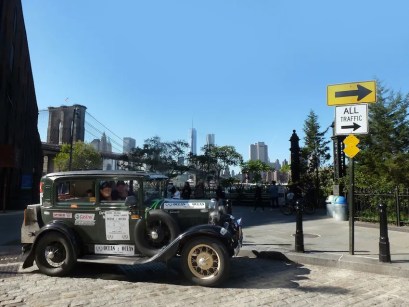 At the Brooklyn Bridge 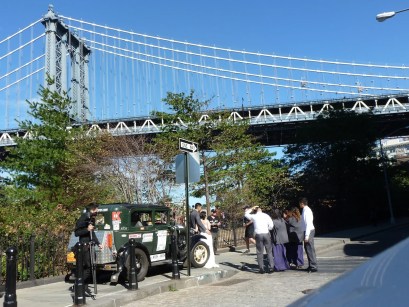 Rod gets the newlyweds involved 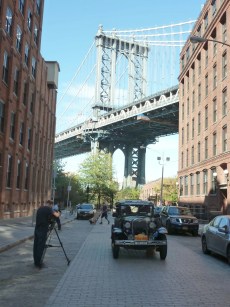 Filming with the Manhattan bridge in the background

Times Square was a bit of a shocker to drive around but Rod and Michael took it all in their stride. Then it was off to the starting point – Ocean Avenue and Drury Avenue in Staten Island, just for one final look before the main event. 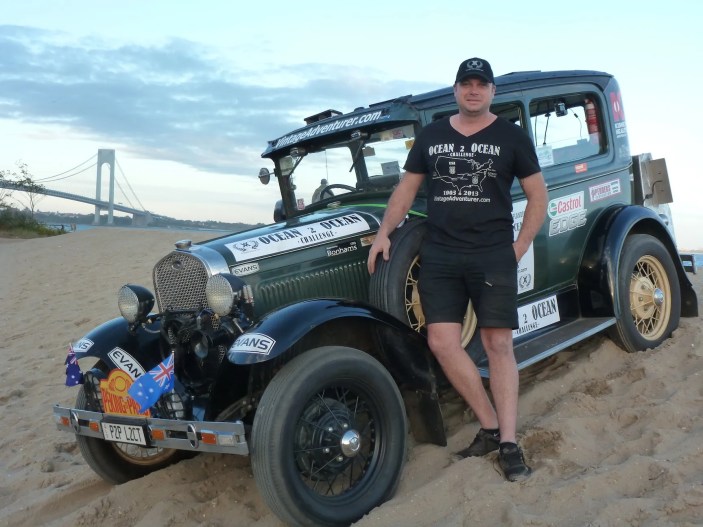 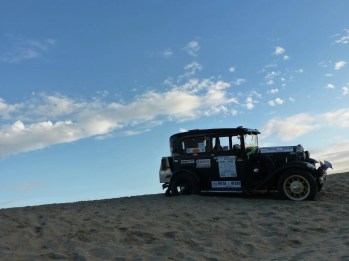 The Tudor Rose at Staten Island 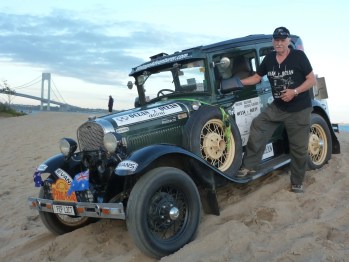 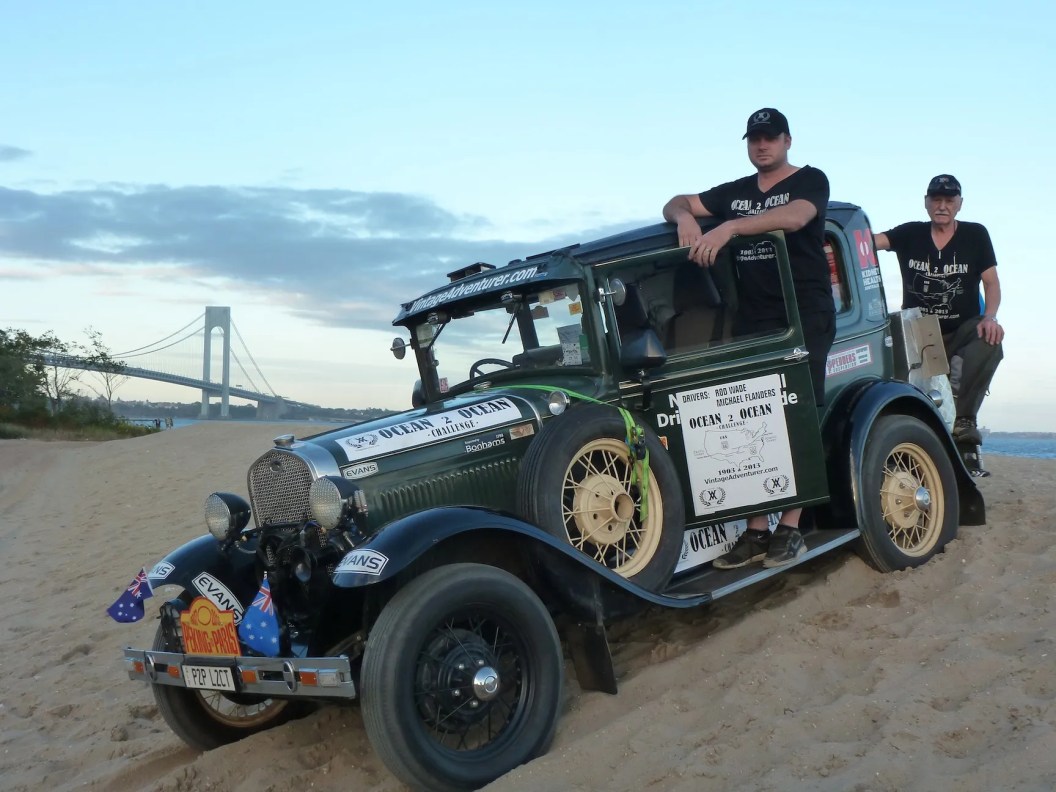