One of the great things to do at Hershey Classic Car Show is to catch up with good friends and Rod did just that when he visited Ora Landis, who is responsible for rebuilding the engine in the Tudor Rose. 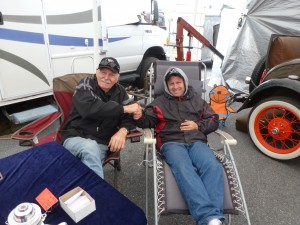 Rod and Ora take a load off… 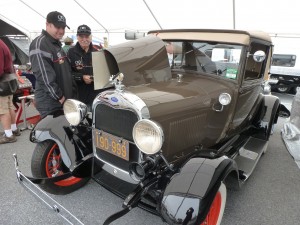 Michael and Rod take a peek under the hood

Thanks to Ora and all at Schwalm’s for their help and support in getting the car ready for the Ocean 2 Ocean Challenge.