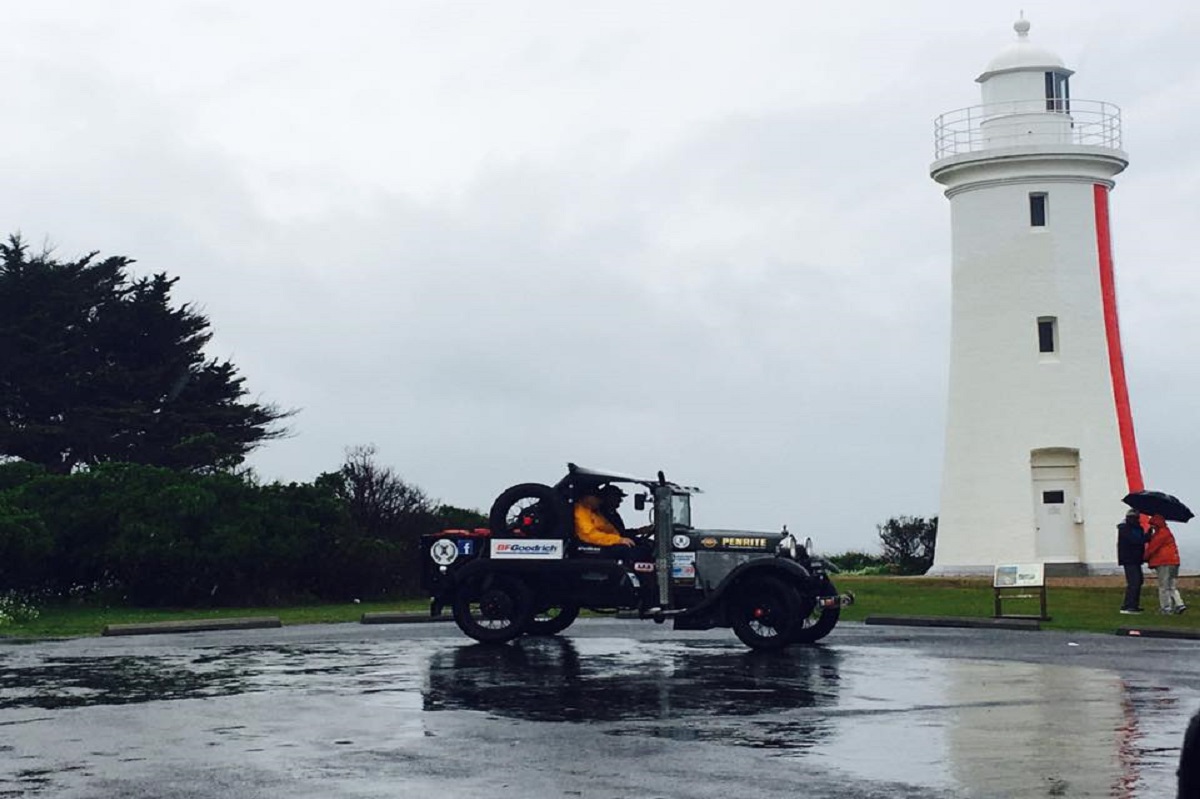 This morning, crew member Mark’s family gave us a send off from Hobart, Tasmania and we hit the road, headed for Devonport on the Northern side of Tassie where we will board The Spirit of Tasmania Ferry and take The Rattler back to the mainland.

We are currently in the Lakes District, about half way across the Island. The scenery has been changing over almost every hill, from lush rolling pastures with grazing sheep, to Australian bush followed by almost desolate flat plains. The rain has picked up and is coming down hard, and the temperature is down to 8 degrees Celsius. Don and I just stopped to put on the gloves and face covers. It certainly is a little chilly …. and wet!

Tonight we are all aboard the ferry and headed for Melbourne. As we exited the Lakes District we drove through clouds with visibility down to about 20 metres. The altitude at that point was about 1,150 metres and the temperature dropped even further to 7 degrees Centigrade. I’m expecting it to be about 30 degrees warmer when we make it to the Cape!

This afternoon we headed back down to sea level and explored a little in beautiful Devonport, where there are many historical homes. We took The Rattler out to the lighthouse, then prepared her for the sea voyage by putting her back on the trailer and winching her tight.

Tonight, the seas are a little gentler than the last trip, with swells expected to be between 1.5 to 2 metres.

Time to go and rest now … until tomorrow.