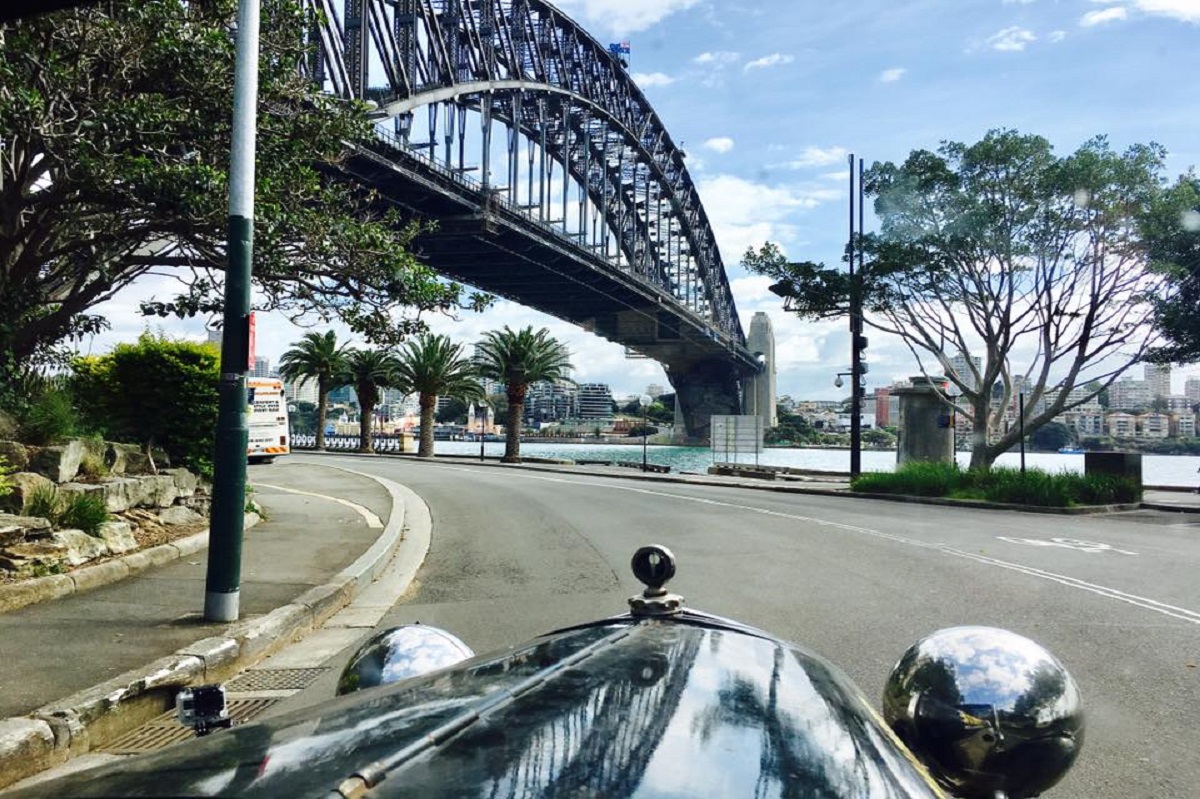 With another year under my belt, today I decided to let the crew sleep in a little and eat breakfast at the hotel before we took off! Normally rally rules apply, up at 5, out by 6. But today we set off to cross the Sydney Harbour Bridge at 9 am. Once again, Don is at the wheel of The Rattler today.

We headed north on the Pacific Highway, and drove straight into a 10 kilometre traffic jam. Soon after crossing the Hawkesbury River we passed by the problem, a semi-trailer carrying a load of fruit was off to the side of the road with the cab completely burnt out.

We travelled up the highway on the black, headed for Coffs Harbour. Once again, Don was at the wheel of The Rattler when the rear right side tyre got a puncture at 95 km per hour. He pulled off the road as far as he could, and he had that tyre changed in a jiffy. It might have had something to do with the trucks whizzing past almost blowing him over as they went. It was actually quite dangerous, but you don’t have much say in the matter.

We arrived at Coffs Harbour around 6 pm and took a quick trip down to the harbour. Coffs is the last overnight stop before we arrive back at the Gold Coast and set the vehicles up for the trip North.