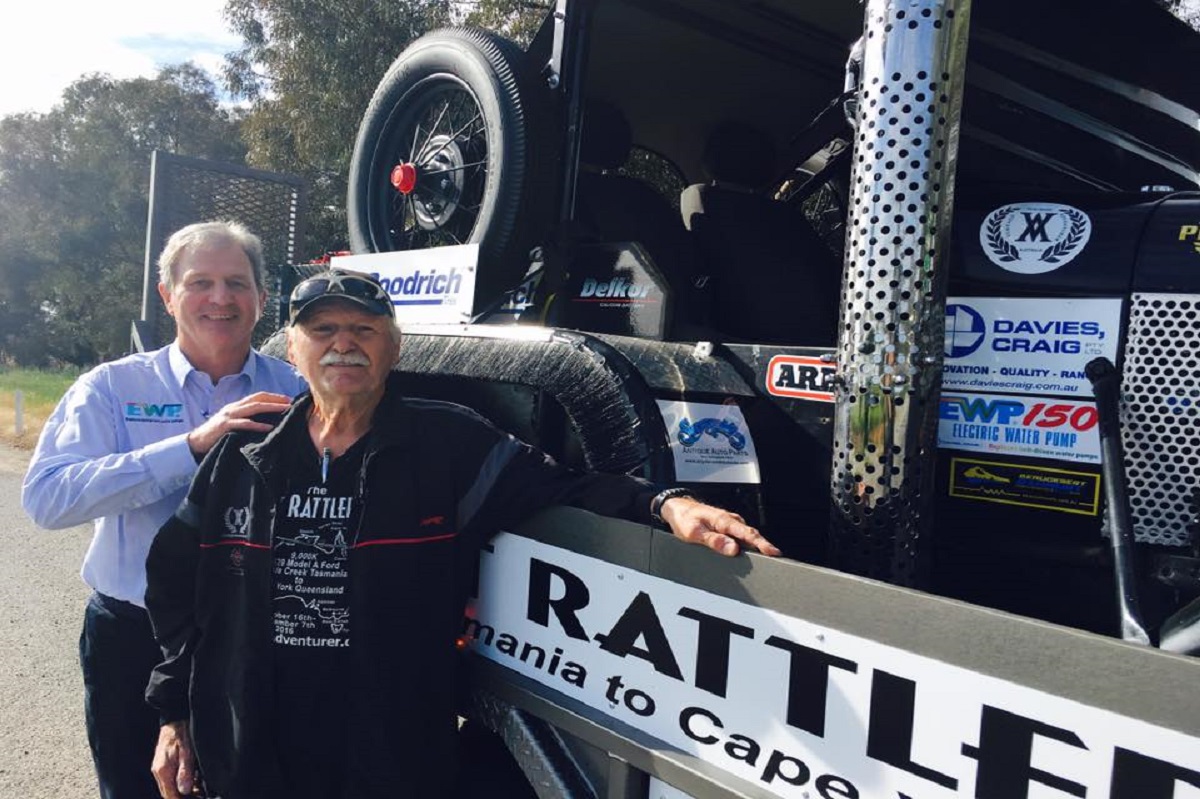 Arrived in Parkes around 10 pm last night and pulled in to a motel. Starting time this morning was 5.30 am sharp, and we were out the door within 10 minutes and on the road in the dark and headed for Melbourne, about 8 hours away according to the GPS. The route soon took a detour off the highway, as a result of flooded creek crossings following heavy rain a couple of weeks ago. Pretty soon, the white line in the middle of the road disappeared, then the other lane disappeared too! Then the convoy of harvesters appears taking up almost the entire width of the road. We ended up on quite a few country roads and passed a number of crossings where the water was either still on the road or had only recently dried out! All is well though and we are well on the way now to Melbourne.

We ran into John Benson from Davies Craig on the roundabout heading out of Wagga Wagga towards Albury. Davies Craig is one of my valued sponsors and their electric water pumps and fans are the key to The Rattler’s performance. John is an ex-crew member from the Ocean 2 Ocean Oz. John was on his way to Sydney from Melbourne when we saw him.

As I write this, the GPS says we should arrive in Melbourne around 3 pm. We have a few jobs to attend to before boarding the ferry for the overnight trip to Tasmania. I would also really like to pop in and see Milco at the Davies Craig factory in Altona. Milco, put the coffee on and expect to see me and The Rattler around 3.30 ish.