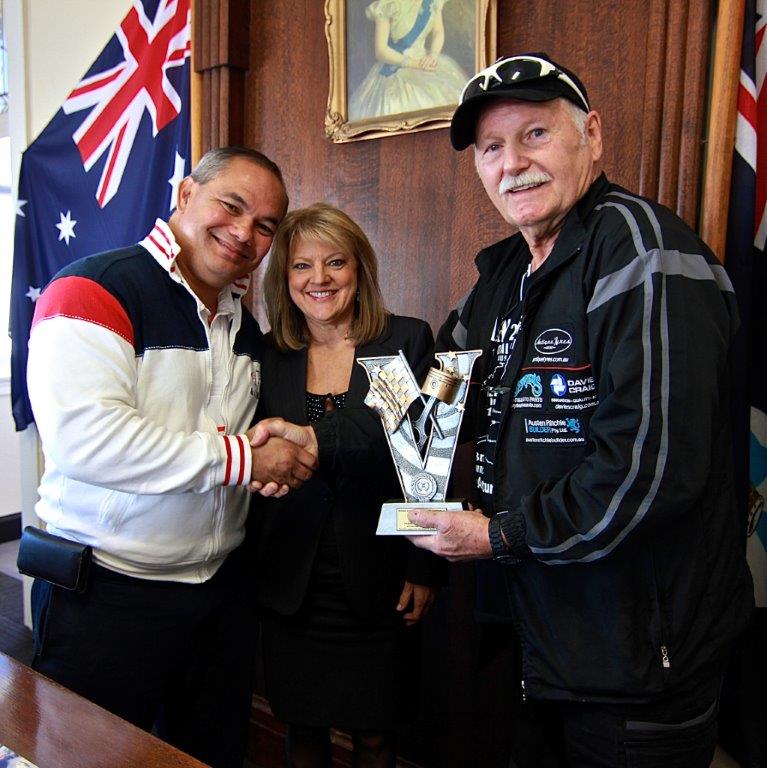 Vintage Adventurer Rod Wade made a presentation to Gold Coast Mayor Tom Tate and Deputy Mayor Donna Gates to say thank you for all of their support in the preparation and completion of the Ocean 2 Ocean Challenge – Australia in June.

Mayor Tom was so excited to hear about Rod’s next adventure The Road To Mandalay as it passes near to Tom’s childhood home. Despite wanting to join Rod on the road, time unfortunately doesn’t allow it so Tom had to settle for a morning in the Ford Model A on the back roads of the Gold Coast.